With fall around the corner, I am dying to plan another fall trip. Last year I spent Autumn in New York. It was the first time I had ever been to New York and it has to be the most magical time to go. In Colorado, you can drive through the mountains and see the aspens turning yellow but in Albany, New York the highway is surrounded by trees of amber, gold, and burgundy.

A Brisk Day in the City

Albany is set up with the perfect fall activities and is a great option for a quick four-day weekend getaway. An even better way to see New York is by doing a road trip around the state. We flew into Newark, NJ, rented a car, then drove to NYC, explored the city, and then drove upstate for the fall foliage.

We walked around Central Park, grabbed some sushi, went to Time Square, and rode to the top of the Empire State Building. It is really amazing what you can see with one day in New York. But the concrete jungle always has much more to discover, it was hard to leave in a hurry. 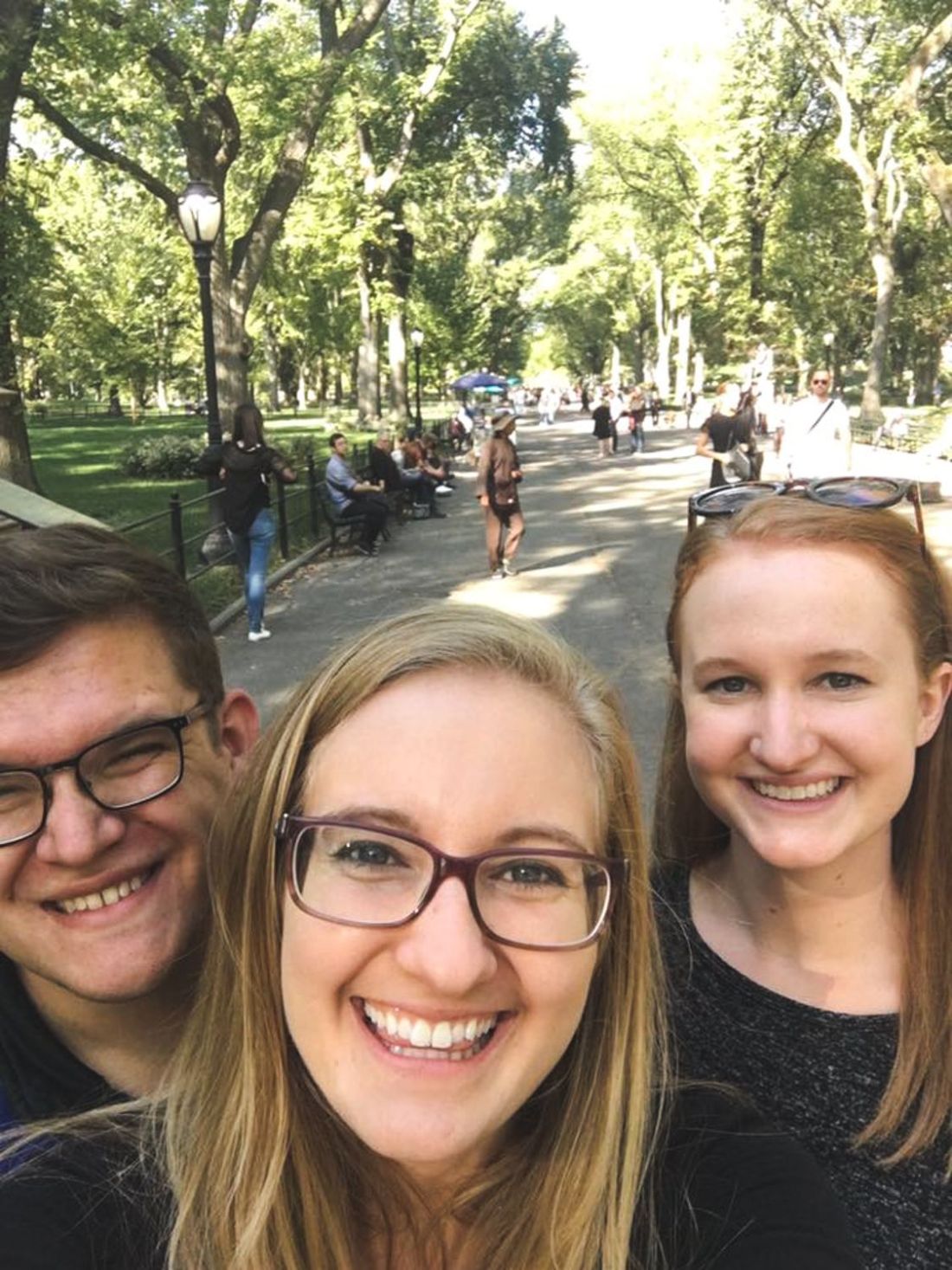 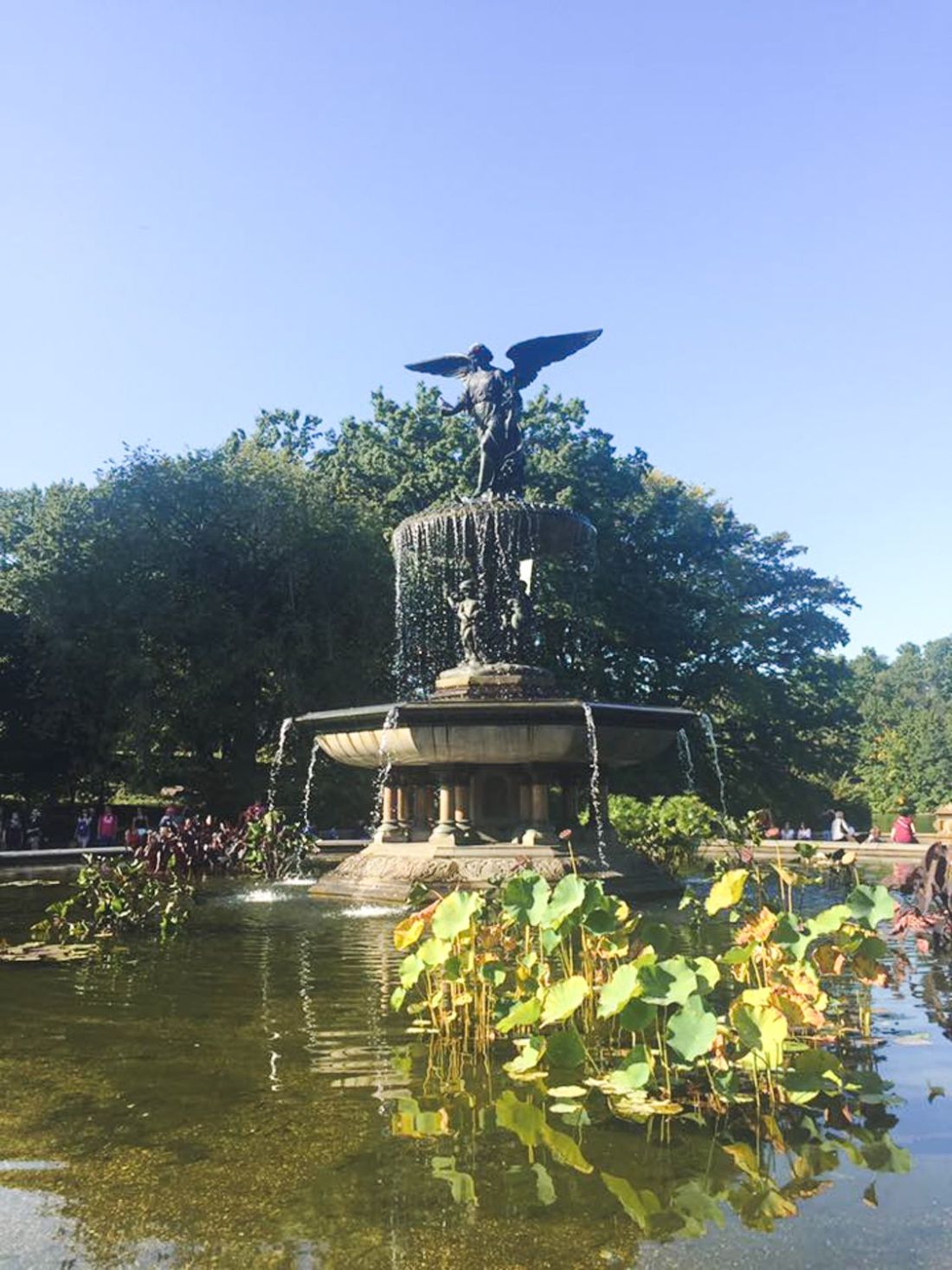 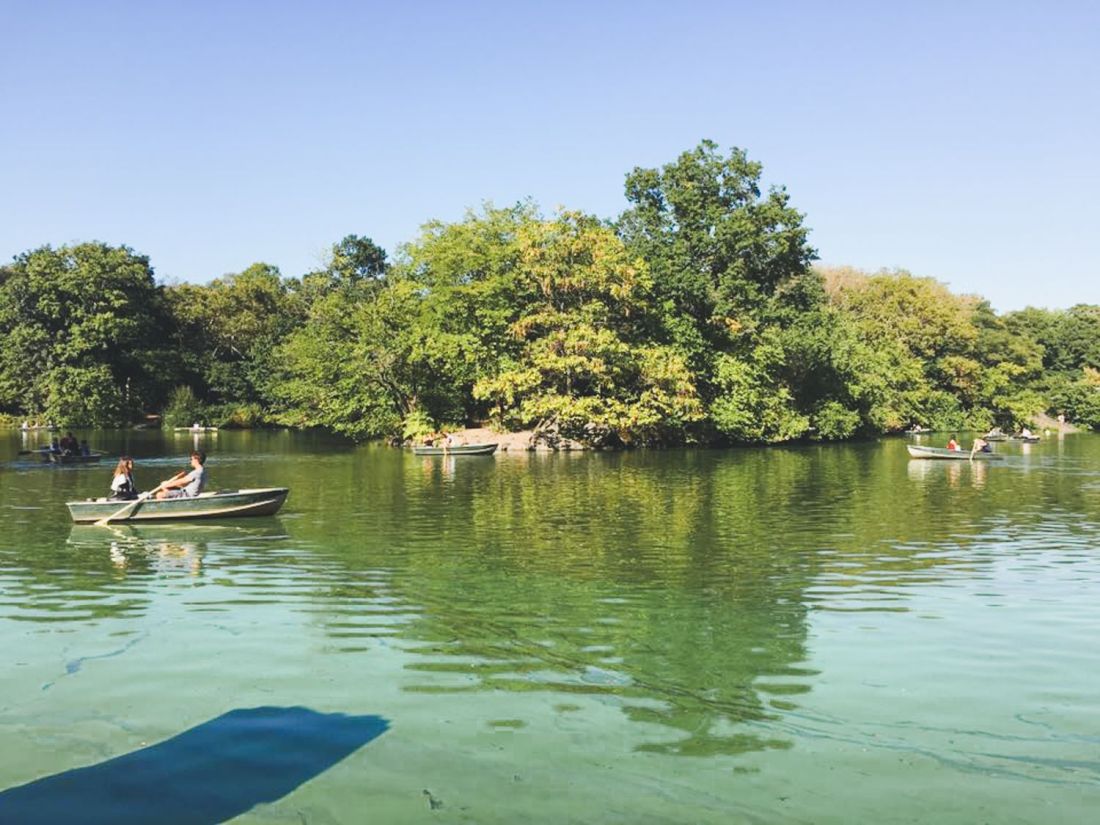 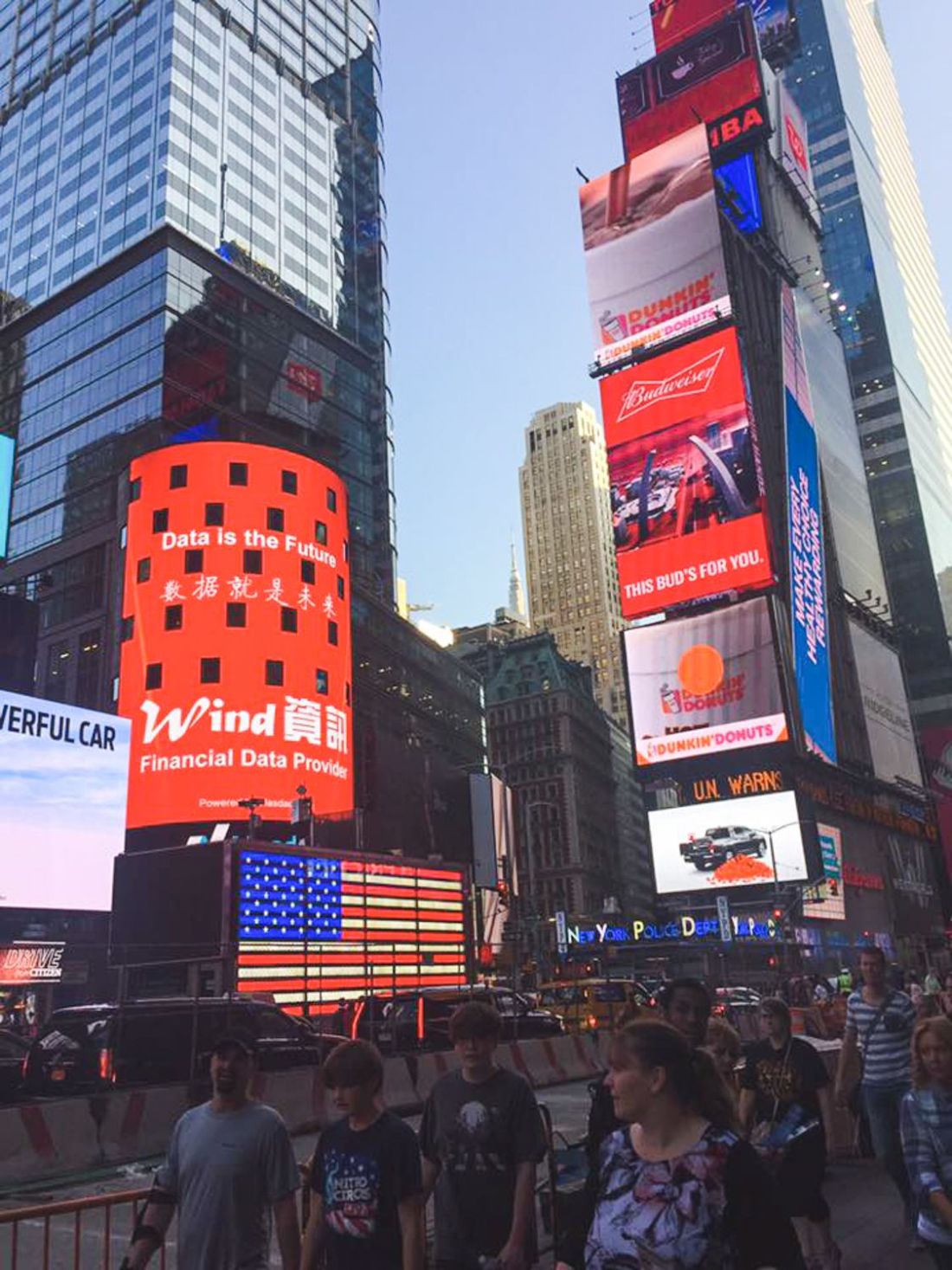 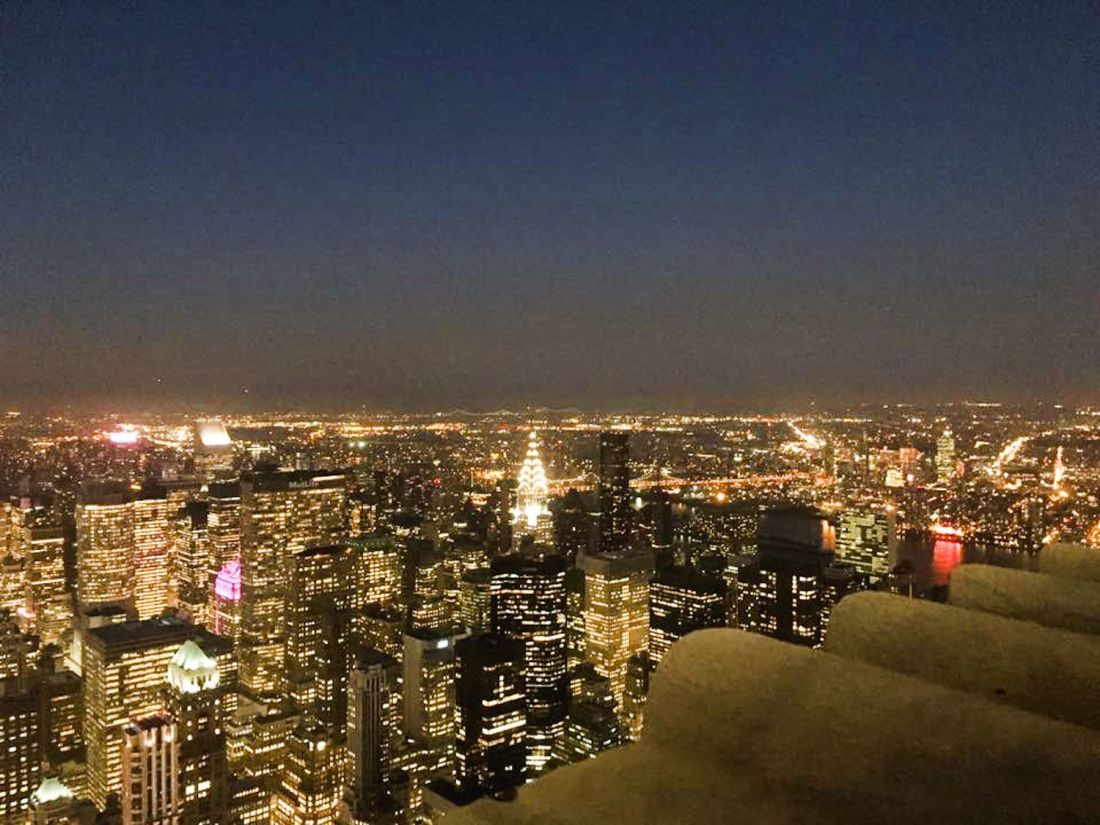 Late that night we drove to Albany. One of my favorite people just moved to Albany so it was nice to visit her new home and see her settle into her new life. She planned the perfect itinerary for the weekend and drove us to all to her favorite spots in Upstate New York.

Our first morning in Albany we grabbed brunch in the cutest place called the Iron Gate Cafe. It was located in a charming Victorian house in Clifton Park. I ordered the Phoenix Rising Eggs Benedict. It takes the crown for best benny I have ever had. It was made with a spicy black bean burger, zesty pepper jack hollandaise sauce, with avocado over a fresh bed of greens. I, of course, ordered a cappuccino that reminded me of Australia it was so good.

A Quick Getaway to Lake George

My friend Kelsey had our day booked solid with fun activities. Right after our meal we were on the road. We drove up to Lake George, a popular destination for summer fun on the lake. We stopped at a restaurant with an outdoor patio overlooking the lake. After the huge breakfast, we weren’t very hungry so we ordered a few appetizers to share and sangria.

Next on our itinerary was an afternoon of wine tasting at Ledge Rock Hill Winery. The tasting room is in a cozy cabin that opens up to the outside with nothing but trees to look at. A peaceful place to try some new wines. We tried them all with a cheese and chocolate pairing. My favorite was the Cabernet Sauvignon and the Sacandaga Sunset, a subtly sweet blackberry wine. 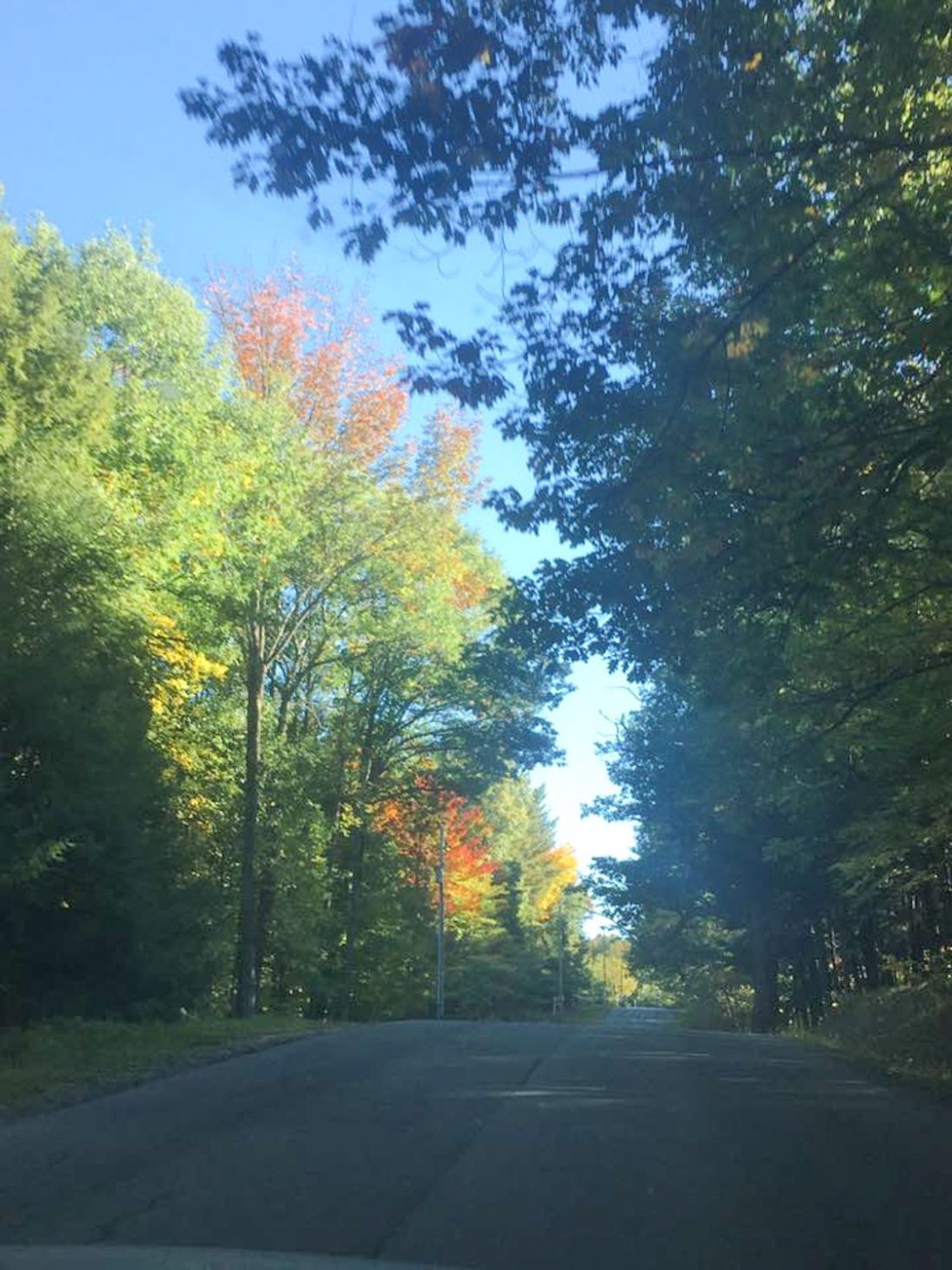 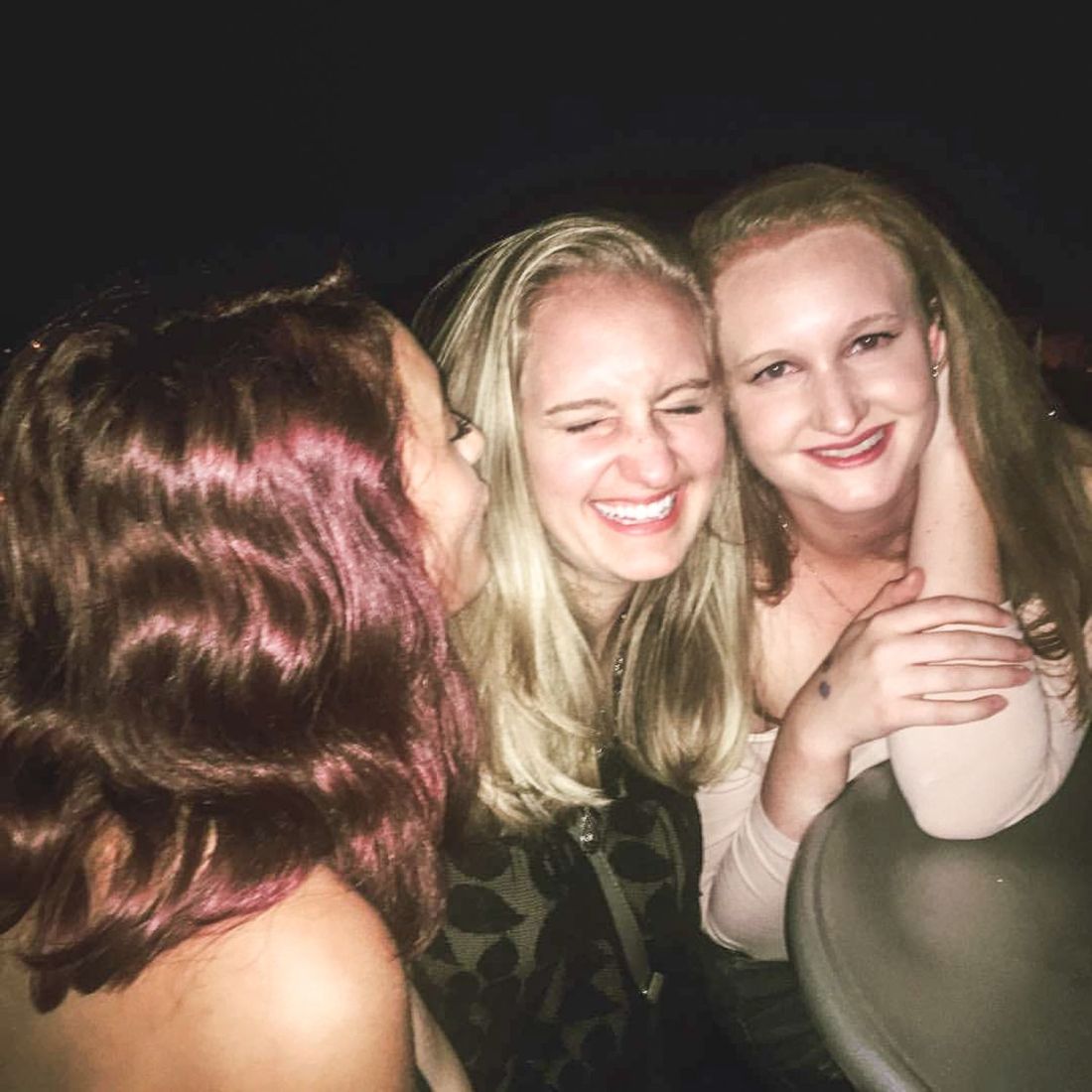 The Bars in Saratoga

When my friends are together we like to celebrate like it’s 1999. That night we stopped in Saratoga for bar hopping. The streets were crowded with people as we explored a few bars include five-story bar, every level set up for dancing, socializing, or hanging out playing pool.

Our second day in Albany started off with wandering around Troy and going to the local farmer’s market. The large market is set right on the water of Hudson River. There were vendors for everything you could think of with some of the best locally made gifts and foods. The booth with the fresh pressed juice caught my eye. I ordered a veggie loaded juice and instantly felt energized for the day.

The Little Town of Troy and Some Apple Picking

We were starving after walking around the market for a few hours. Walking around the cute town of Troy I started taking notice of the gorgeous buildings and unique shops. We were all craving the same thing when we saw a sign for potato soup at Illium Cafe. A European style cafe, made for a cozy spot for lunch.

With our bellies full of the comforting potato soup we were ready for our next adventure. It is not Fall without apple picking and cider doughnuts. We drove to a beautiful property called Indian Ladder Farms. The air was crisp, and the sky was overcast as we picked apples from the trees. We paid $18 for half a bushel, a huge bag filled with enough apples for the four of us. Depending on the weekend they have several different kinds of apples. Harvest times are listed on their website. They offer pick-your-own blueberries and raspberries and have a shop full of all kinds of tasty treats and freshly made jugs apple cider. And of course, dont forget to pick a pumpkin in the pumpkin patch! 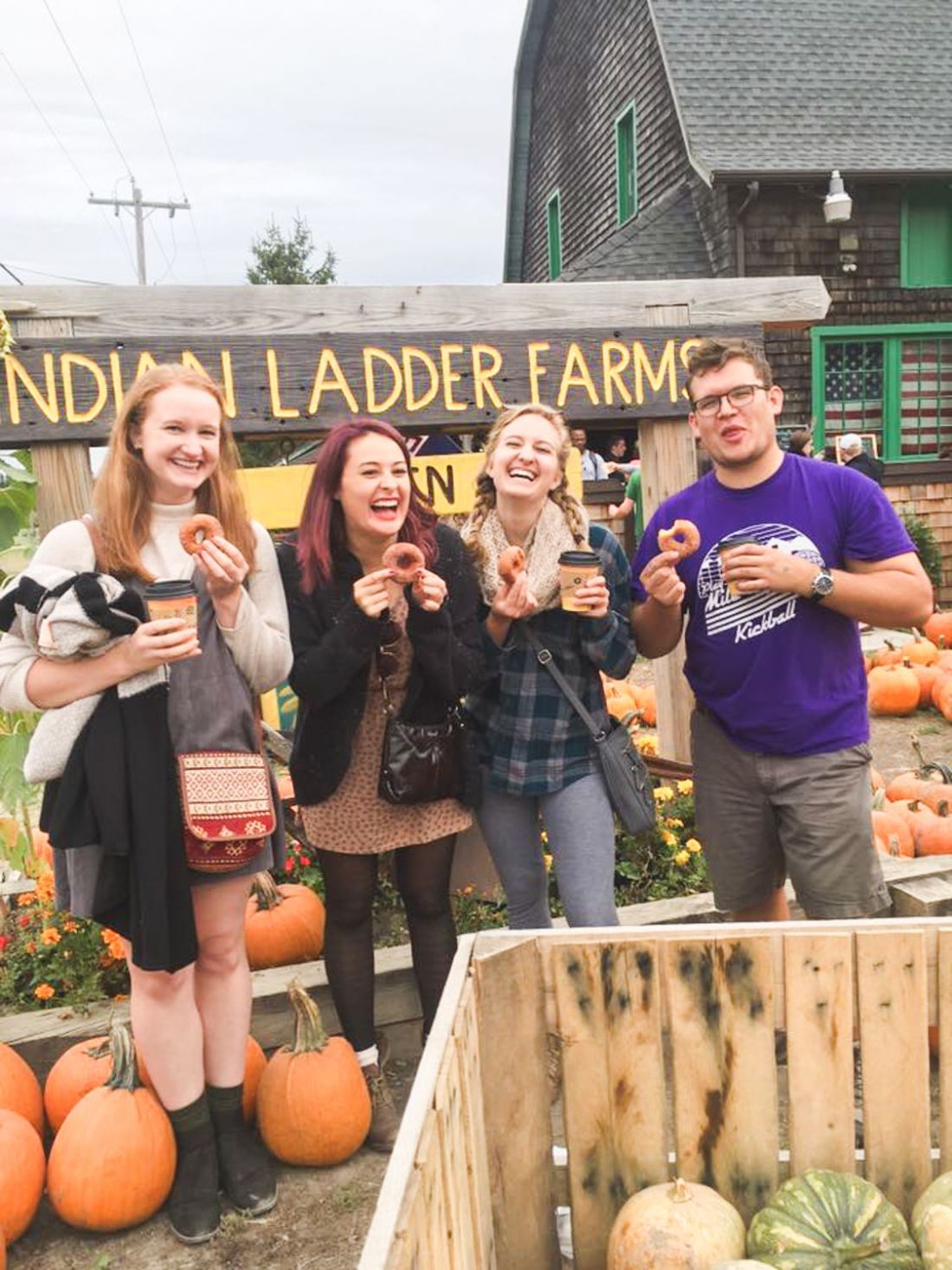 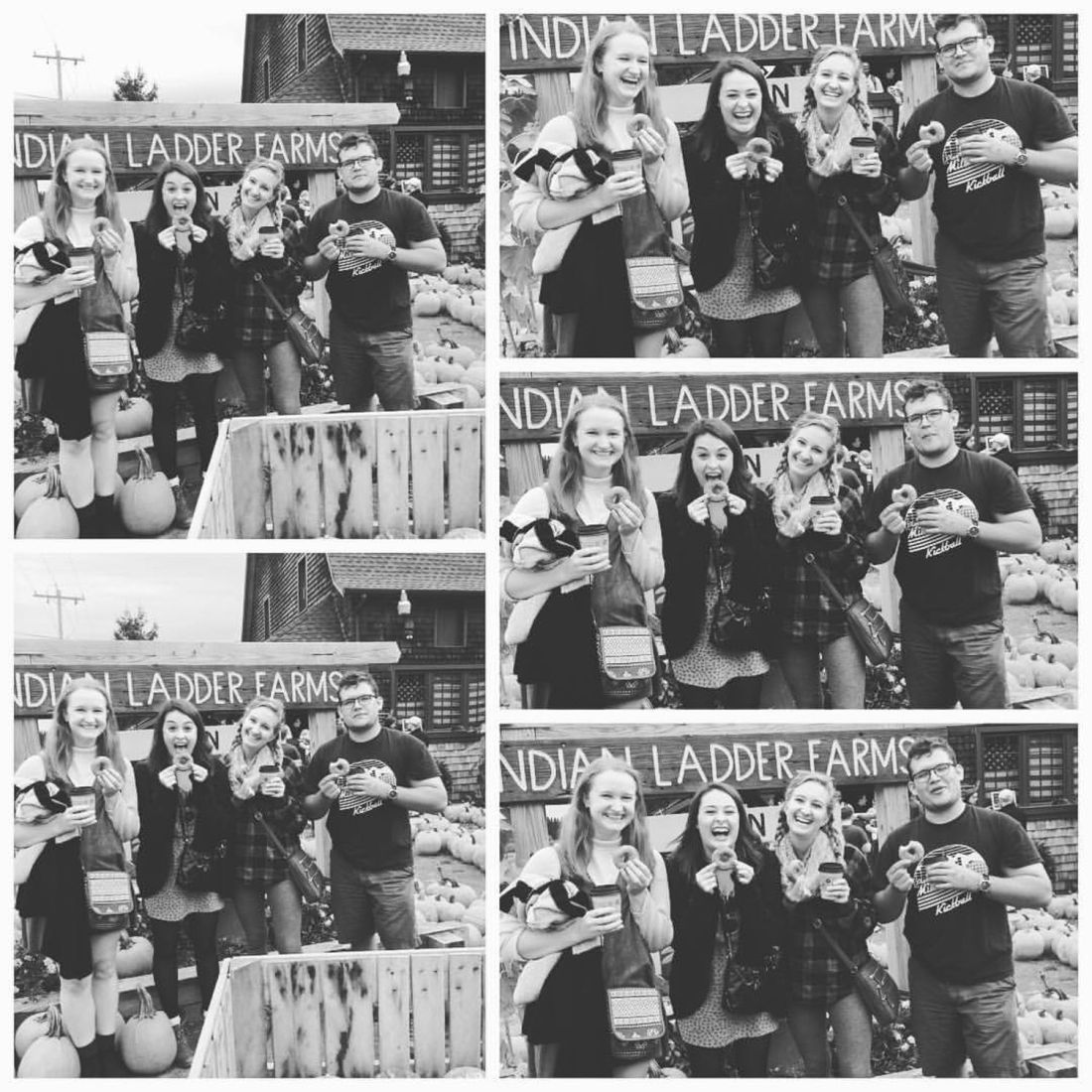 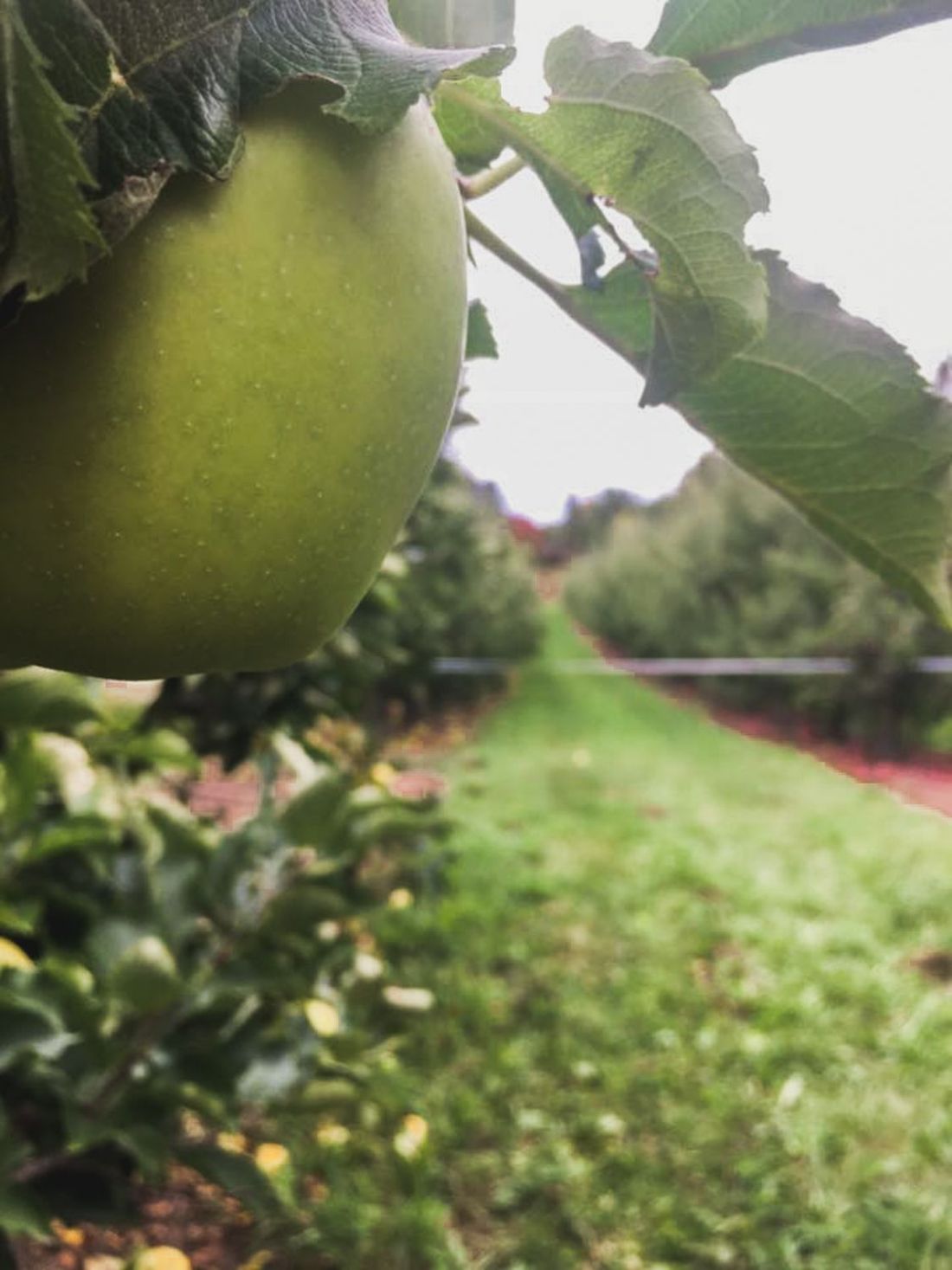 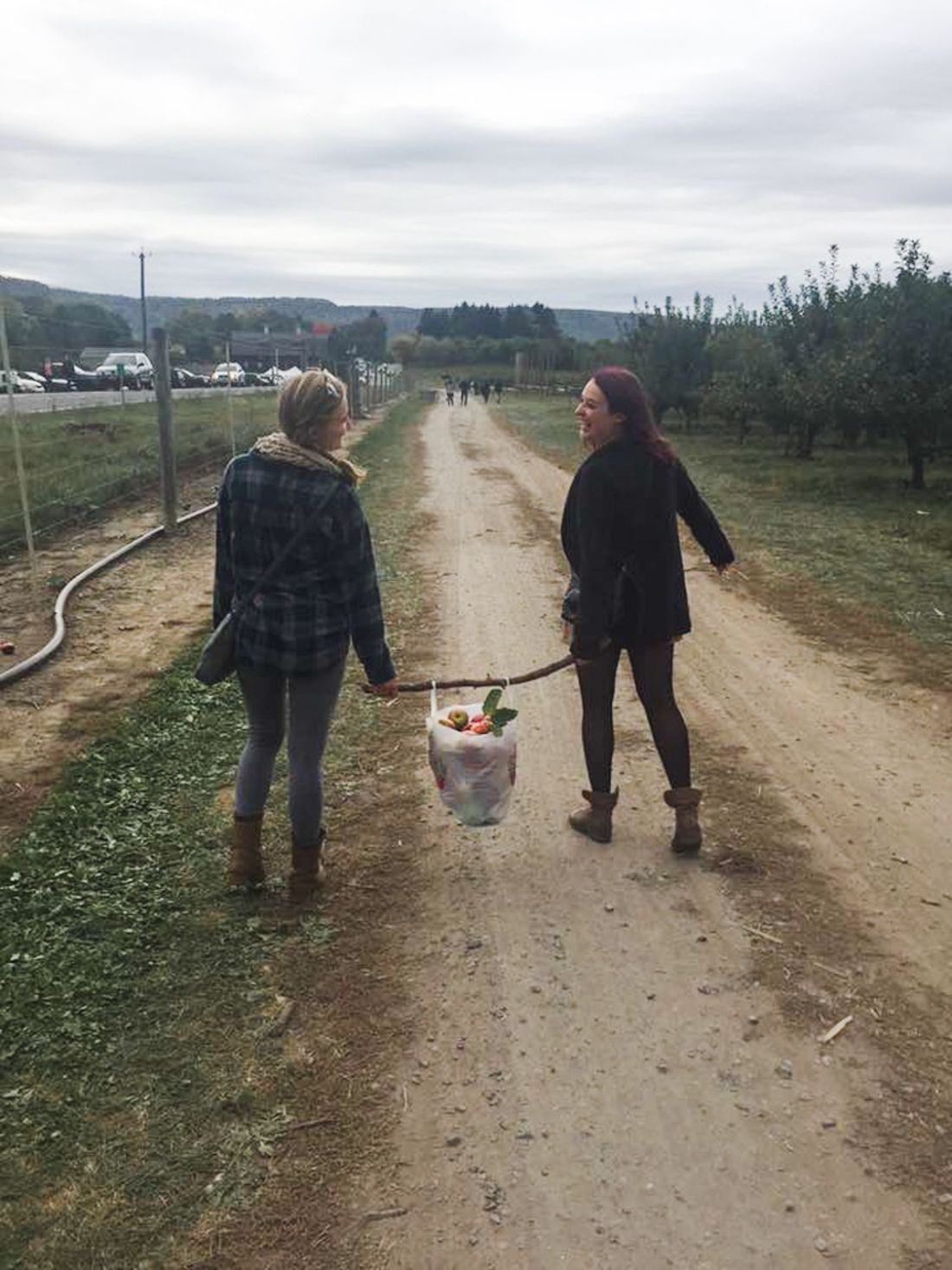 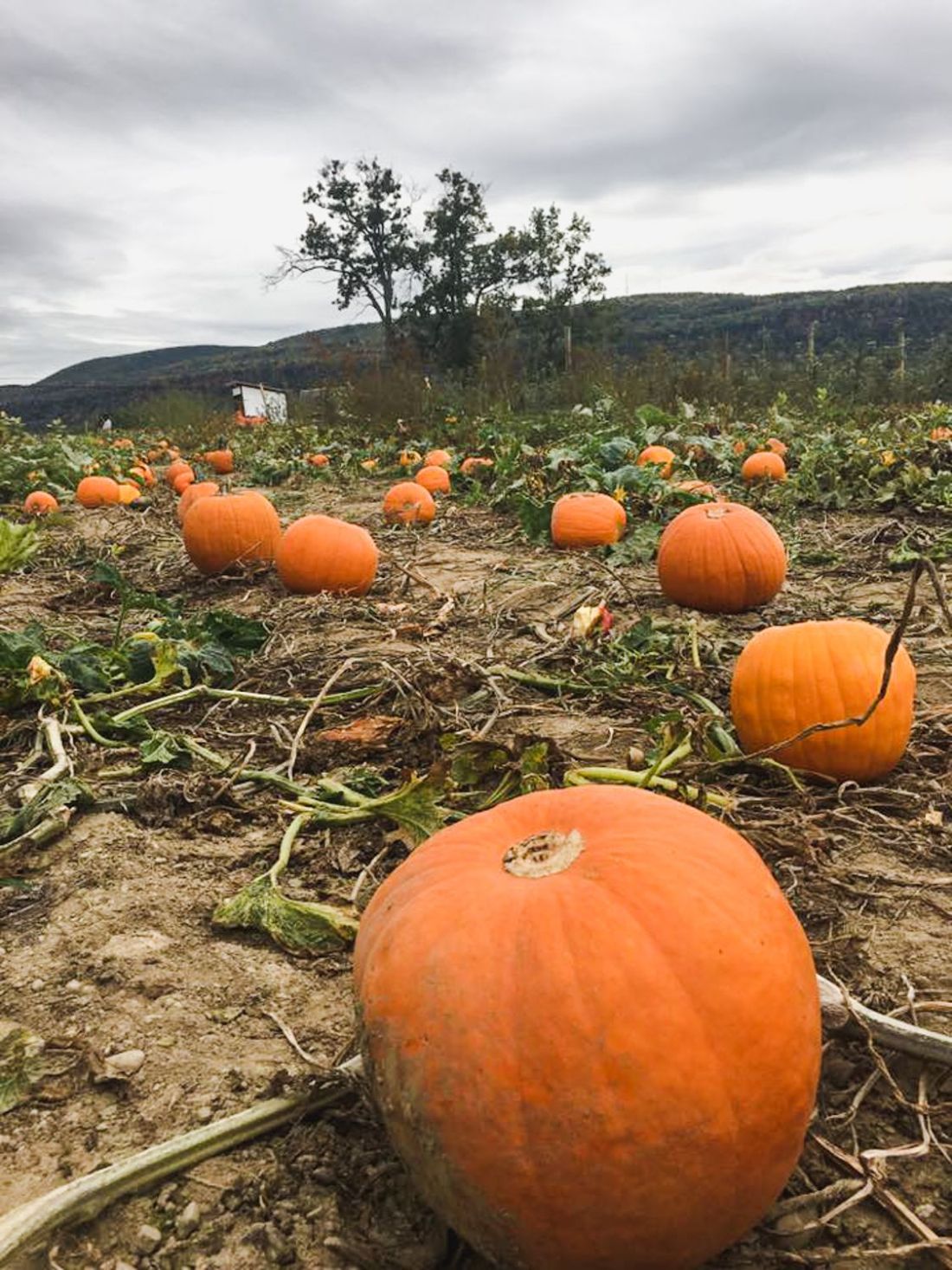 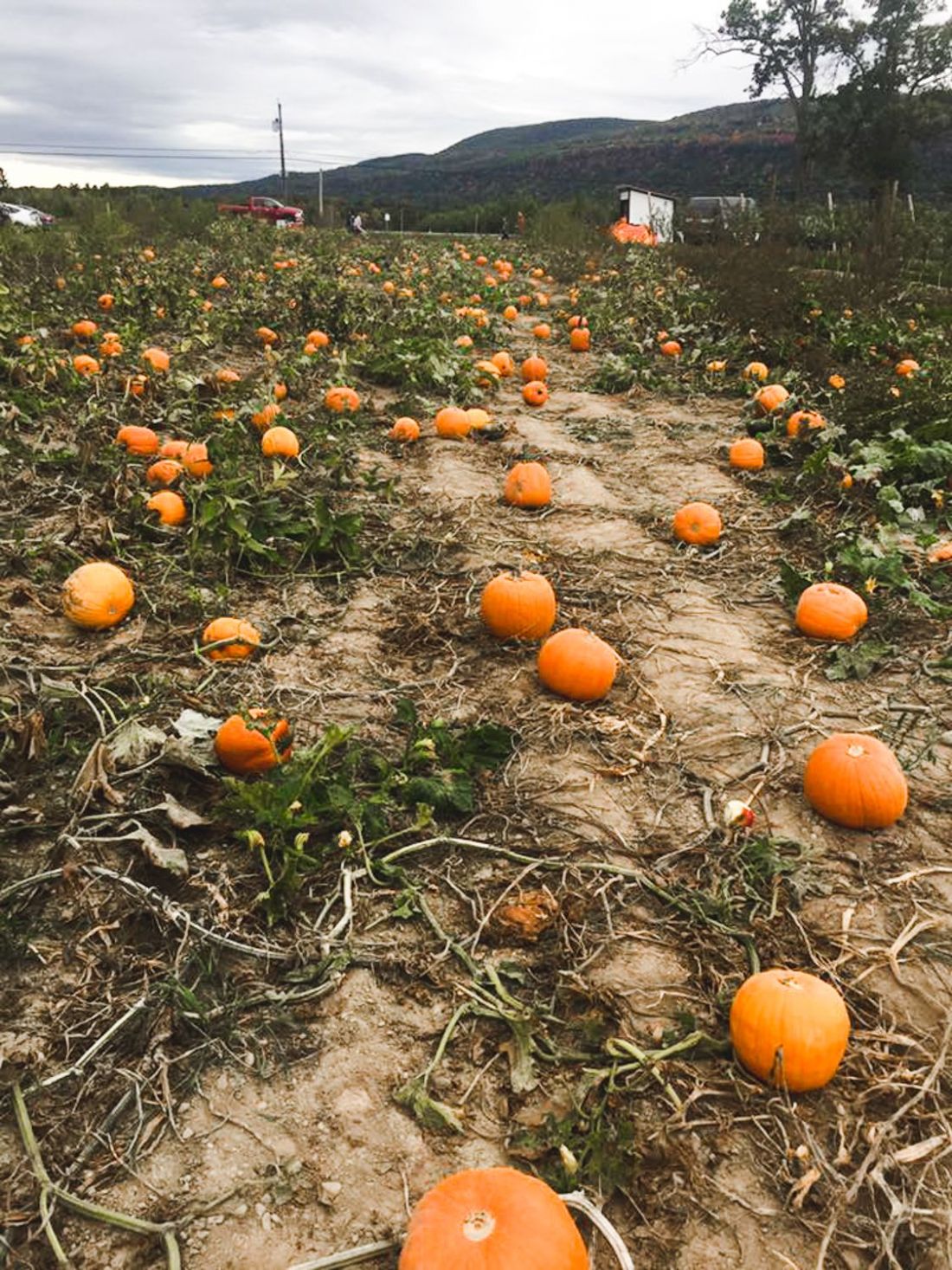 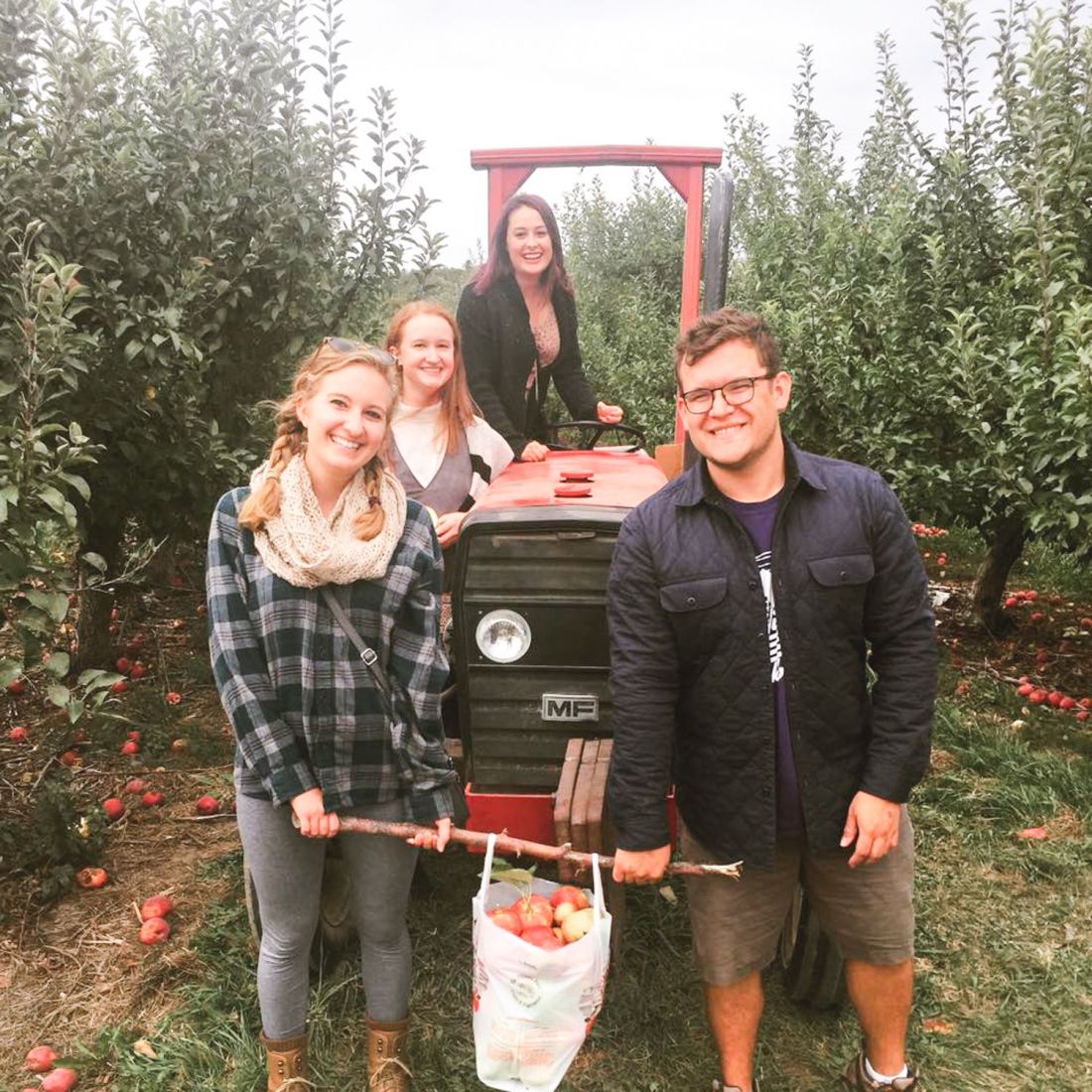 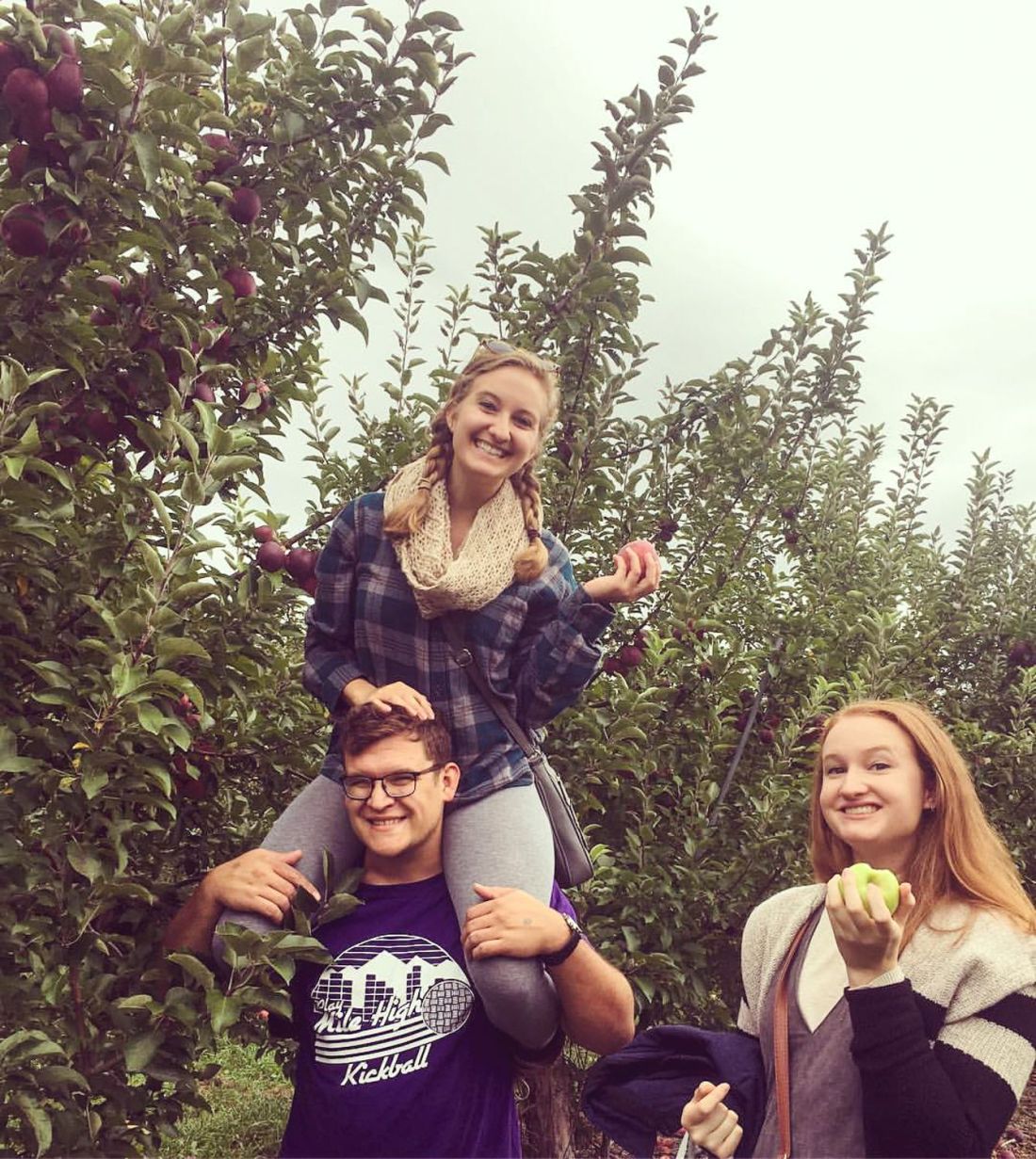 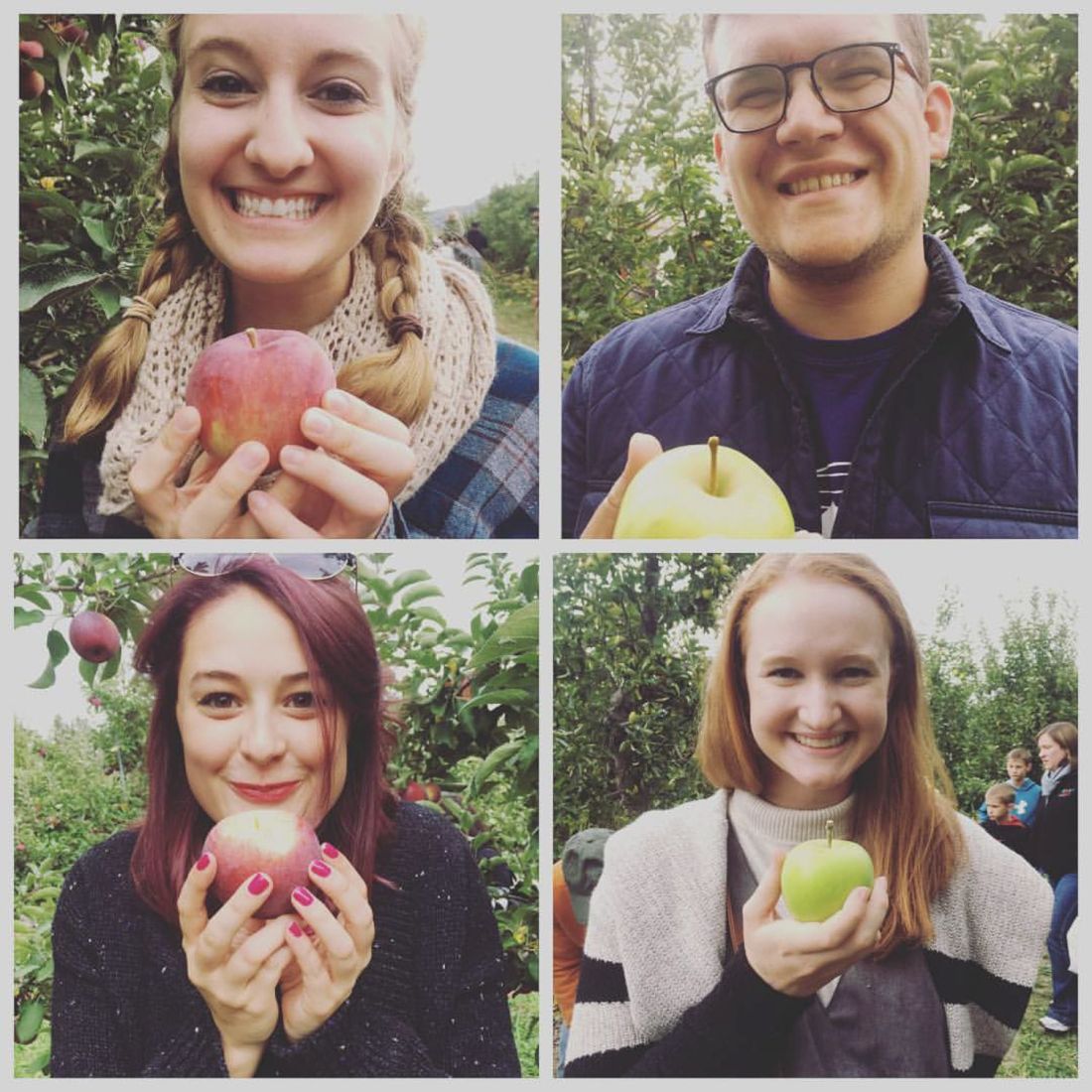 All the Good Food in Albany

When you are so close to Buffalo, New York, you have to stop at a wing place. Kelsey knew exactly where to find the best wings, at a little hole in the wall called 20 North Broadway Tavern in Schenectady. I am not a big fan of wings normally but I am drooling just writing about these wings. They are extra meaty, with perfectly crisp skin, and drenched in a special sauce mixture made up of hot sauce, chipotle bourbon BBQ, and garlic parmesan. I still dream about these wings, they are heaven.

The next day we drove back down to NYC for the day and flew out that night. Kelsey filed a dream of hers by jumping in a bouncy house full of boobs at the Museum of Sex (MoSex) The museum houses exhibits that “preserve and present the history, evolution, and cultural significance of human sexuality.” Afterwards, we started walking around the rainy city and stumbled upon the iconic Madison Square Park. We stopped to take photos of each other jumping into puddles. We then, of course, had to walk around the shops on 5th Avenue, a shopping experience unlike anywhere in Denver. I could get used to shopping in New York City.

As we got hungry for lunch we randomly choose an Italian place nearby. Eataly in the Flatiron district is an Italian super store full of restaurants, an Italian market, liquor store, and take away counters with high-quality cheeses, meats, pasta, coffee, gelato, and so much more. We sat down in the middle of the hustle and bustle at Le Verdure one of seven restaurants located in Eataly with a menu focused on seasonal local produce.

We quickly ordered a glass of Rosé and several plates to share. To start we had Carciofi Alla Piastra (seared artichokes with mint, Pecorino Gigante, and olive oil) and Il Piatto Del Pizzicagnolo (selection of artisanal cheeses). The main dishes we ordered was the Cannelloni con Spinachi e Pomodoro ( Housemade egg pasta with spinach, ricotta, grana padano and tomato sauce) and Orzotto (Pearl Barley cooked in the style of risotto with butternut squash, pecorino, and sage).  It was not only the best meal I had in New York but one of the best meals I have ever had. I hope one day soon they will open an Eataly in Denver, or I might just have to move to New York City. 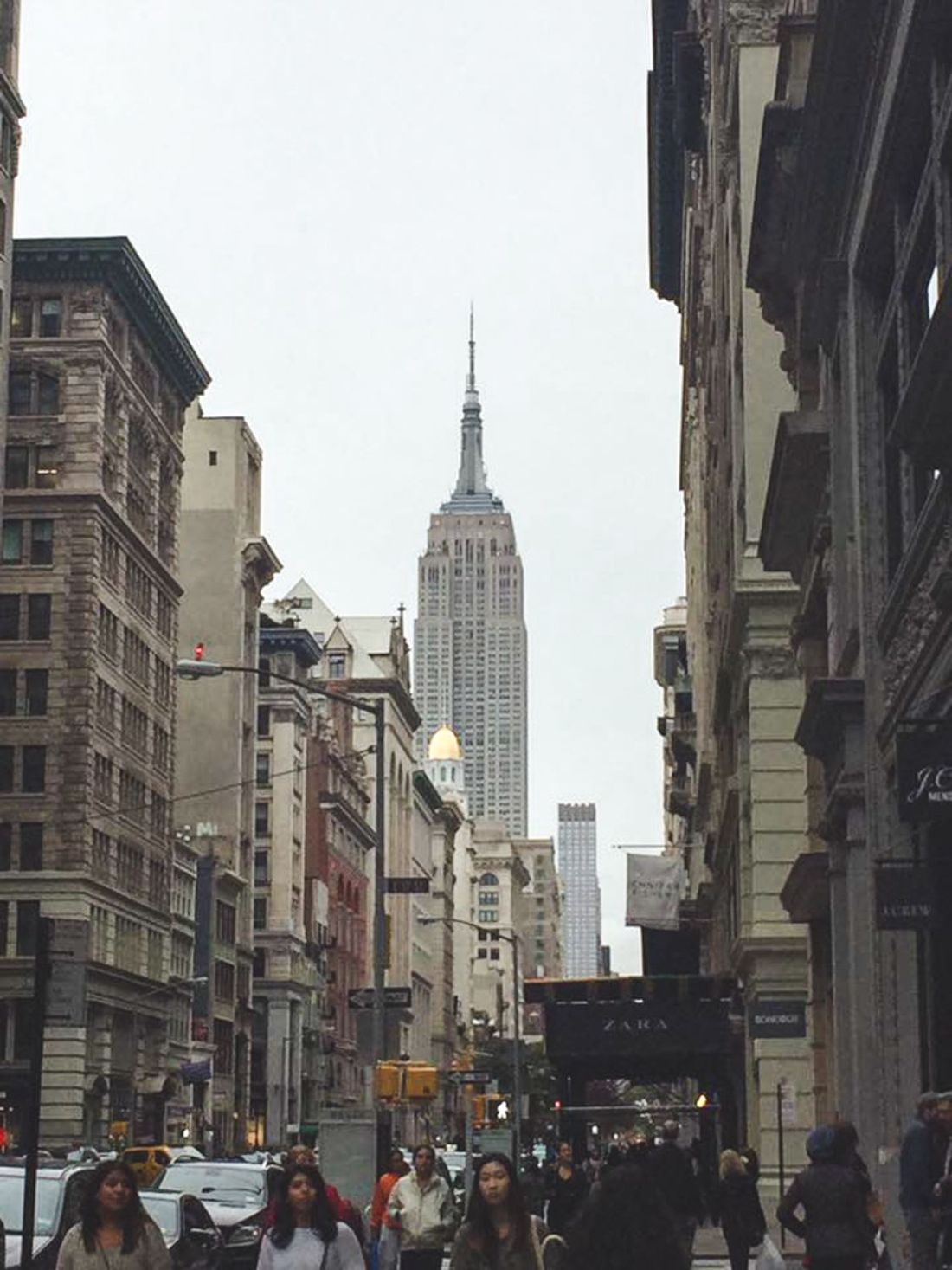 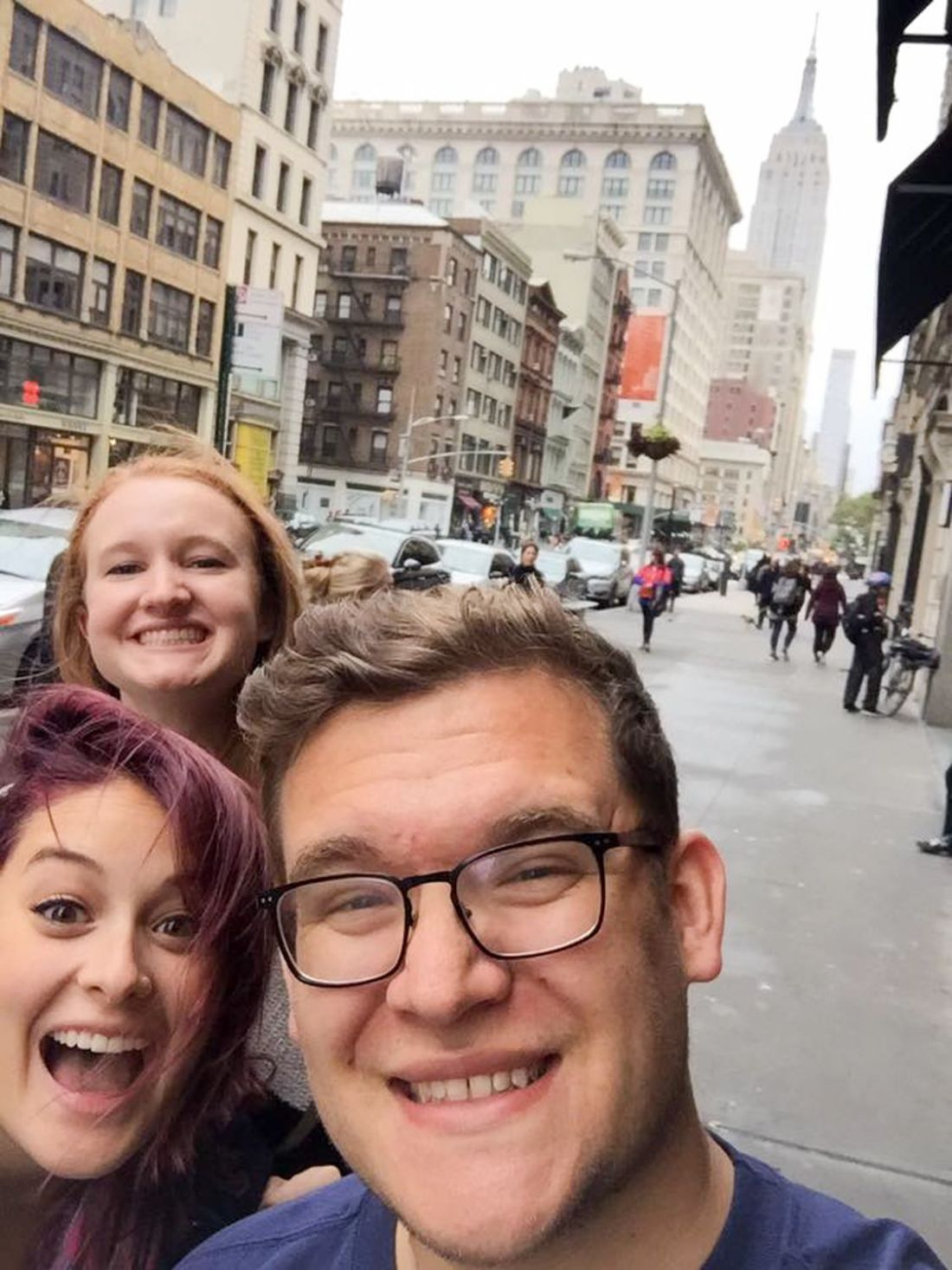 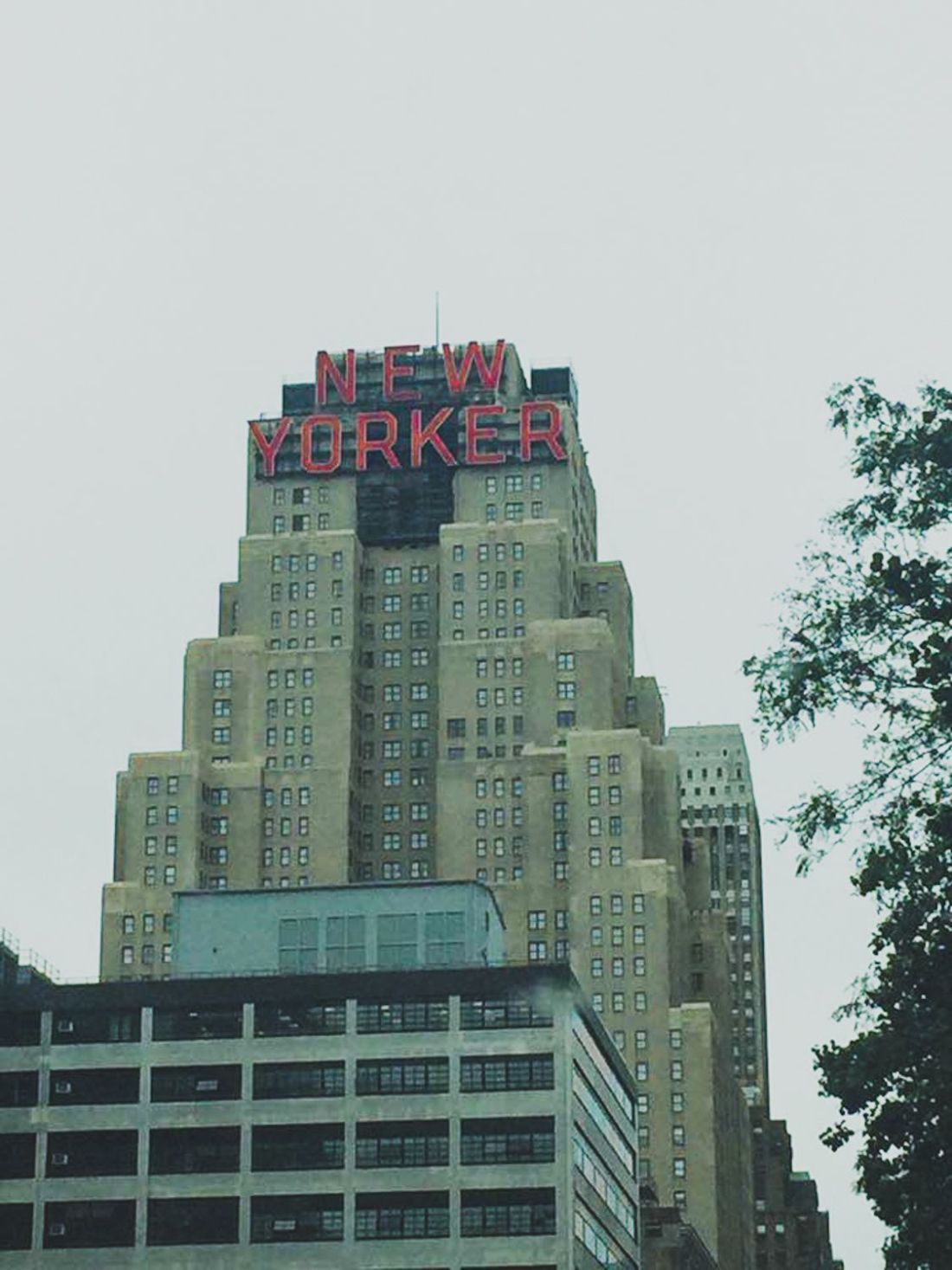 This site uses Akismet to reduce spam. Learn how your comment data is processed.

A dress and sneakers have been my go to outfit at

So ready to put these new babies to use this summe

Never let a little rain stop you from going places

There is no sweeter scent than fresh lilac blooms

This error message is only visible to WordPress admins